Buried near the end of a Friday Politico article on Rep. Ilhan Omar and her polarizing impact on the Democratic party is a stunning comment by the Minnesota Democrat; former president Obama’s “hope and change” was nothing more than a mirage.

As she saw it, the party ostensibly committed to progressive values had become complicit in perpetuating the status quo. Omar says the “hope and change” offered by Barack Obama was a mirage. Recalling the “caging of kids” at the U.S.-Mexico border and the “droning of countries around the world” on Obama’s watch, she argues that the Democratic president operated within the same fundamentally broken framework as his Republican successor. –Politico

“We can’t be only upset with Trump. … His policies are bad, but many of the people who came before him also had really bad policies. They just were more polished than he was,” said Omar. “And that’s not what we should be looking for anymore. We don’t want anybody to get away with murder because they are polished. We want to recognize the actual policies that are behind the pretty face and the smile.”

Based on replies to a tweet by Politico Editor in Chief Blake Hounshell noting Omar’s comments on Obama, people agree:

President Trump came under fire last May for a photograph of two migrant children sleeping in a cage at an ICE detention facility which went viral. After a laundry list of journalists and public figures angrily tweeted the photo – including CNN’s Hadas Gold, NYT Mag’s editor-in-chief Jake Silverstein, Obama speechwriter Jon Favreau and former LA mayor Antonio Villaraigosa, they deleted their tweets in shame when it emerged that the photo was taken in 2014, under Obama.

I don’t know what’s worse… Obama’s speech writer self-owning himself by sharing an article dating back to 2014 under Obama or him deleting his tweet showing that he doesn’t actually care about the kids and just wanted to dunk on Trump pic.twitter.com/98SBJEXeot 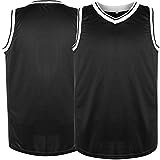 The widespread abuse of children detained at the border under the Obama administration has been largely glossed over. As we reported last September, howeve, the University of Arizona and the ACLU did not let it go unnoticed.

One woman interviewed was detained for nearly a month in CADC while she was six months pregnant. She was shackled during transport to and from the facility. At the facility, she was denied monitoring or treatment for an ovarian cyst that posed a risk to herself and the fetus, and received no response to her requests for prenatal vitamins or extra padding for her bed.68 (Her case is described more fully in the box below.) Another woman interviewed was separated from her breastfeeding baby daughter, who was less than two months old, while she was detained in Eloy for two weeks. –University of Arizona

Among those findings are that women did not receive adequate medical or mental health care,were often mixed together with women serving criminal sentences, and were often transferred from faraway states. In most cases, researchers found that women were separated from at least one child. –ACLUAZ.org

The Politico interview comes one day after the House passed an anti-hate resolution which started out as a rebuke of Rep Omar over anti-Israel comments, and expanded to a general condemnation of ‘hate’ after the Democratic party became deeply divided over whether or not criticizing Israel is fair game.

The revamped measure passed overwhelming by 407-23, while nearly two dozen Republicans rejected it because it failed to specifically name Omar.

The post Ilhan Omar Blasts Obama for “Caging of Kids” and “Getting Away With Murder” Overseas: Report appeared first on The Mind Unleashed. 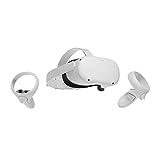