SO, I guess we’re back! Kind of

I’ve restored as much as I can, so now it’s on to rebuilding.

This Has Just Been A Never-Ending Nightmare!

What Does That Mean?

Over Utilization!  Thank you, guys, for participating, but we’re no Bing!

So, I guess their definition of unlimited and mine were different.

Bottom Line “Everything was GONE! “

To make it worse my Backup plan was Faulty! (AKA Didn’t Work!) 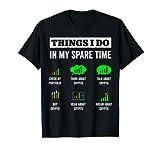 Tried to get help from my Hosting Company and all I got from them was that I was a Bad user.  I was taking up more than my allotted amount.

So, they finally reinstated me on a very restricted account that times out over almost everything.

Of course, I had to find other Internet Hosts!

So, I had to start over from “SCRATCH” and I’m “STILL IN THE PROCESS OF REBUILDING.

While during this I had to educate myself in Internet Hosting.

The range of pricing for services is ridiculous.

The Time and not to mention the increased operating costs, have become a major factor in what once was a de-stressor!  Turned into a #*%!# Frustrating Disaster!

How can something that was so much Fun become So Painful?

The More I worked on it the Worse it Became.  I’d be working on it and almost restored and SHAZZAM!

CRASH! Page not found or Site Under Maintenance and Then I had to Start All Over from SCRATCH Again!

Almost gave up several times!  But, I couldn’t because that is what this site is about:

Getting Through The Tough Times and Succeeding!

SO, I guess we’re back! Kind of

I’ve restored as much as I can, so now it’s a ‘Work In Progress”.

The site may go back up and down during this process.  It’s jut me trying to get er back together again.

Thanks for staying around through this ordeal!

If you like the site sure could use your financial SUPPORT!