You’re reading How I Handled a Toxic Boss (It Might Not Be What You’re Expecting), originally posted on Pick the Brain | Motivation and Self Improvement. If you’re enjoying this, please visit our site for more inspirational articles.

Ah, the thrill of securing a new job. It’s exciting! There’s so much hope that goes into looking for a new role and the sense of professional validation that comes from making it through the application and interview process can be a little intoxicating. They’ve met you and they want you. Yay!

But what do you do when a few weeks into your highly anticipated new position you realise it isn’t the shiny opportunity you had hoped for? What if it turns out the culture is hostile and there’s one very obvious culprit.

This was a very real scenario I found myself in a few years back. I’d been working hard trying to climb that progression ladder in my old role but kept getting knocked back, without any proactive feedback to help me improve for next time. So I began to look elsewhere. Within a few months, an opportunity landed in my lap that sounded perfect. A global organisation, great salary and perks, and the step up in job title I had been coveting. I applied, was interviewed and offered the job.

As the first day at my new job approached I eagerly awaited the sound of my alarm on Monday morning. During my first week, I noticed the rest of the team were subdued but assumed it was because my role was new and they weren’t used to reporting someone. At the end of the week, I took them all out for a drink after work to get to know them a bit better. I was surprised when they began to tell me they were relieved I was there and confused by their cryptic assertions they hoped ‘things would get better now’.

The following week everything began to get clearer. My boss, the one who had been overseeing the team, and who interviewed me for the role began to reveal another side that completely blindsided me.

The Signs of a Toxic Boss

In research conducted by Gallup, 60% of people advised that their boss makes them miserable at work. It’s not uncommon to come up against personalities we clash with in the workplace. Navigating these clashes is a sign of good emotional intelligence, and definitely, something to work on as an area to cultivate peace at work.

However, there is a big difference between a personality clash and someone who is toxic. Especially when this person is in a position of power. Some of the signs of a toxic boss include:

When it came to my experience, my boss displayed all of these behaviours. One day they would be charming, kind and interested in my work and personal life. The next day they were abusive, volatile and all too happy to tell me how incompetent I was. They were also smart. They left no paper trail of the way they treated staff. All emails and voicemails reflected the charming persona they worked hard to present to clients and other senior management.

What to do when dealing with a toxic boss

Toxic bosses tend to fall into one of three camps: narcissistic, dictator or inadequate. Knowing how to handle a toxic boss depends which one of these camps they fall into. Inadequate bosses may be the easier of the three to handle and find ways of getting along with because their reasoning for being toxic is evident – they’re usually fearful you could do a better job than them. 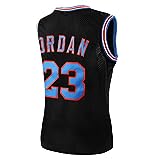 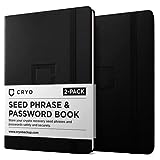 It’s much harder to overcome the challenges of a toxic boss when they fall into the narcissistic or dictator camps because these are usually ingrained behaviours that stem from their own experiences and perceptions of the world. These behaviours can be very difficult to change.

There’s a wealth of articles out there providing proactive advice on how to deal with a toxic boss. Many of these provide practical tips like setting verbal boundaries and how to report the behaviour to HR.

What did I do? I resigned.

Two months into my new role I knew I had to make a decision. The emotional toll of dealing with this person was bleeding into all areas of my life and I knew I didn’t want to spend another lunch break hiding in the ladies toilets, crying over my sandwiches.

While that might sound a bit defeatist but my number one priority was my emotional safety. One friend told me I should have stuck it out, made formal complaints, protected the rest of the team. The members on my team had been working in their roles ranging from one to eight (!) years working under the toxic boss. I decided their capacity to cope or put up with this individual didn’t need to be mine. I discussed my resignation with the rest of the team before having a meeting with a member of HR, where I made it clear why I was leaving. This included requesting to work my notice from home, with no further contact with the boss, which they agreed to.

It took me a month to find another job but the relief of being out from under my toxic boss vastly outweighed the stress of job hunting. My next job reaffirmed I’d made the right decision, with an incredibly supportive Manager and Director who really helped me to progress and develop as a professional.

There’s the saying “you don’t live to work, you work to live”. One of the biggest career lessons I’ve learnt is that work doesn’t have to be painful. Putting my emotional health first led me to better things. Above everything else, if you’re in a similar situation, that might be worth considering.

You’ve read How I Handled a Toxic Boss (It Might Not Be What You’re Expecting), originally posted on Pick the Brain | Motivation and Self Improvement. If you’ve enjoyed this, please visit our site for more inspirational articles. 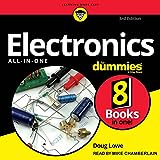