As you may have known, your brain works in a complicated manner.

Thus, it may be possible that the side of your brain which controls your dominant hand is more used than the other side.

So, if you use your non-dominant hand into doing some of your daily activities, would it better your brain’s performance?

If you are a right handed person, then most of the time you are stimulating the left part of your brain.

Now, if you use your left hand in doing certain tasks, then you are able to stimulate the right side of your brain as well. By doing so, you are awakening the part of your mental faculties that is intuitive and creative.

On the other hand, if you are a left handed person, and you use you right hand in doing simple tasks, then you are stimulating the side of your brain that is rational and organized.

This idea is supported by Tony Buzan, the author of a book entitled Using Both Sides of the Brain. According to him, doing simple exercises or cross-trainings like this bring in additional features to one’s mental functioning, and at the same time there will be a total improvement in one’s brain power.

By doing so continuously, a person may stay mentally young and fresh.

Other activities which can stimulate the other side of your brain may be done without really straining yourself.

You can just simply walk around your room with your eyes shut close, or you can get dressed and strip of them with closed eyes. You can also revisit your childhood games; the game when you rub your stomach with one hand while your other hand is tapping your head is also a good brain exercise.

Simple tasks like these already constitute physical exercise for your brain, and they can already bring good effects to your brain, no matter how trivial they may be. 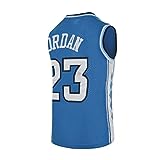 So, you may start to wonder regarding the mental condition of those people who are blessed to be able to use both their hands for complicated tasks such as writing, or simply put the ambidextrous.

You may think that since they are stimulating both sides of their brain that they are more intelligent than others. This is a misconception; there are no studies or researches which can attest to this idea.

There are people who are able to teach and train themselves to use both their dominant and non-dominant hands to do tasks, and sports like the cricket players.

But their training does not necessarily turn them into academic geniuses; so perhaps, this is just too much to ask for.

So, whether or not these simple exercises may make you a little bit more intelligent, these physical exercises are still believed to have good effects on your brain.

Academically, the results may just be minor, or even unnoticed, but there can be other aspects which are affected, such as your creativity, organization and other features.

One thing worth noting is that by doing these exercises, you are stimulating the part of your brain which is not used as often as the other part.

Don’t you think it is always best to keep them balanced? If you want to better your brain’s performance, you might as well try to stimulate you whole brain, and not just a single portion. 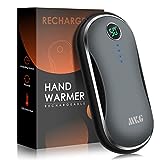